Effective February 4, 2013, the Canadian government will not distribute any more pennies and that may mean you may lose or earn a few pennies when making purchases in cash.

As part of the its Economic Action Plan 2012, the government announced that the Royal Canadian Mint will cease distribution of the penny to save the government $11 million a year. It was widely reported that producing the one-cent coin is costing the government 1.6 cents each.

Rounding up or down?

However, transactions done electronically — by credit card or debit — or through cheques will be not rounded.

Any taxes, fees or duties have to be calculated first before the final amount is rounded for cash transactions, according to the government guidelines. The rounding should also be done for the total and not for individual items 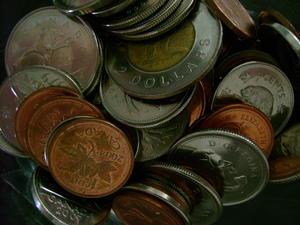 The February 2013 schedule was actually postponed. The government had earlier planned for a phase out of the penny in fall 2012.

Digital Journal earlier reported that the postponement was to allow consumers and businesses, including financial institutions and charities, to prepare for the transition.

On May 4, 2012, the last penny was struck in special ceremonies in Winnipeg by Finance Minister Jim Flaherty and Parliamentary Secretary Shelly Glover.

On the government’s FAQ page, it reads:

While businesses do not have a legal obligation to accept any particular Canadian coins or bank notes in a retail transaction, the penny will continue to be legal tender like all other Canadian coins, and businesses may accept the coin as a means of payment if they so choose.

Consumers can deposit the pennies with their favourite financial institutions.

The Canadian penny was first minted by the British Royal Mint in London in 1858.

1. Do you see any accounting changes for retail store operations?

2. What is your opinion on removing the Penny from circulation?

3. When you see a Penny on the floor, will you continue to pick it up , for Good Luck! or simply say Good-Bye Penny?