Could auditors have prevented the failures of the 2008 financial collapse? A CICA/CPAB initiative analyzes proposals for an improved process 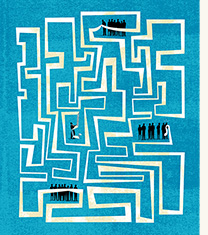 Does a corporate failure automatically mean there was an audit failure?

This is the underlying question linking the proposals for enhancing audit quality coming from policy-makers, standard-setters and regulators in the EU, the UK and the US — the regions hardest hit by the global financial market collapse of 2008. Even though no one has directly blamed the auditors or the audit process for creating the crisis, many were left wondering what role the auditors played and whether they could have prevented it. Were the auditors sufficiently independent, objective and skeptical?

But were regulators, managers, investors and standard-setters here in Canada worried about audit quality before international proposals were floated a couple of years ago?

Auditor independence
Internationally there are a half-dozen initiatives focused on independence largely aimed at addressing the threat of familiarity when audit partners and firms become too cozy and therefore accepting of management.

In August 2011, PCAOB (Public Company Accounting Oversight Board) issued a concept paper looking at mandatory audit-firm rotation but did not specify a time frame. In November 2011 the European Commission recommended mandatory firm rotation after six years when only one firm is involved, and nine years in the case of joint audits. It also suggested a move to audit-only firms and further restrictions and limitations on firms providing non audit services to the companies they audit.

“Ultimately you want the best and most efficient audit the auditor can conduct at a reasonable price. If you have auditors coming in to audit a large organization, it takes them two to three years to get familiar with the organization. You can’t then flip them out every three to five years. It doesn’t make any sense. You don’t have the efficiencies or the thorough review of an audit that is necessary,” says Patrick Crowley, executive vice-president and CFO of OMERS and a member of the Auditor Independence Working Group. “Completing a comprehensive review of the auditor and their work on a periodic basis would  provide enormous value for the organizations but also for the auditor and the investor who relies on the financial statements.”

In Europe, the call for a six-year mandatory rotation has been opposed and an alternative proposal of 25 years put forward. In the US, PCAOB has heard from 700 individuals and organizations and more than 90% of respondents do not support mandatory firm rotation. As well, the European parliament has nixed the call for joint audits and audit-only firms.
Audit reporting
Even though Canada did not experience the same fallout and problems other countries have as a result of the financial crisis and the Canadian Auditing and Assurance Board adopted International Standards on Auditing in 2010, there is an expectation gap in the Canadian marketplace between what some stakeholders, investors, analysts and perhaps even corporate preparers expect of the audit and what they are actually getting.
But there is a bigger problem with the proposals, says Sir David Tweedie, president of the Institute of Chartered Accountants of Scotland and former chair of the international and UK accounting standards boards, who spearheaded the overhaul of global accounting standards. Simply put, they don’t go far enough. “In my personal opinion, the audit report is seriously flawed,” he says. “Having been an audit partner at one of the Big Four I knew there were some excellent audits but you wouldn’t know that from the outside because you haven’t seen what happened behind the scenes. You know soon enough when there is a bad one because it’s splattered all over the financial pages. But the good ones disappear without a trace. That’s part of the problem. Companies and investors see the audit as just a commodity.

Why doesn’t the auditor say what kept him awake at night, what he concentrated on, the big judgments, the fights with management? That is what the investor needs but doesn’t get.

What I’m saying to the firms is this is an opportunity —  don’t fight it. Auditors are on the firing line because people aren’t sure what job they did. Present the facts, what happened, and there is your transparency and corporate governance.”

“Going concern” is perhaps the proposal that could have the most significant impact on auditors’ reports. It was also one the committee rejected. According to Davies, European regulators seem to be concerned with the need for auditors to comment on the viability of businesses going forward. This is not necessarily the view of the Auditor Reporting Working Group. What’s more, it’s not ultimately what the proposals do, says Davies. “There are two ways of preparing statements: on a going concern basis or on a liquidation basis if the company is being liquidated, which is rare.

What is being proposed in the UK and Europe is that the auditor state in the audit opinion that the statements are being prepared on a going concern basis. This is not an indication of the viability of the company going forward. All it says is that you are not using the liquidation basis of accounting.”

Another piece in the going concern proposals touches on material uncertainty and calls on auditors to state not only when there is a material uncertainty related to going concern but also when there is no such uncertainty. “This provides no useful information and we are worried about the risk of misinterpretation by the user,” says Jean Bédard, professor, School of Accounting and chair in corporate governance at Laval University, member of the Auditing and Assurance Standards Oversight Council and member of the Audit Reporting Working Group.

Transparency of the auditor process is another big focus area. To that end, the working group supports proposals to include descriptions of auditor responsibilities and it is exploring proposals aimed at expanding the information on which an auditor can provide assurance beyond the financial statement.

“If we are going to go down that path, work needs to be done to address how to go about providing that assurance, what is the framework we would use, what’s the information we need to provide assurance over,” says Davies. “Could you provide assurance over management discussion and analysis? Potentially you could. Is there demand for that? Is there value in that? I wouldn’t want to make that investment until we understood if users would view it as valuable and companies would be willing to compensate the auditor for it.”

1.  Would the rotation of auditors improve Audit Quality?

2.  Will transparency be improved if auditors describe the work that was done and the issues that most concerned the auditors during their audit?

3.  Will audit quality be improved if the auditors gave their opinion on the company’s “Going Concern” or would there be a higher risk of misinterpretation by the investing community?

One Response to “Enhancing audit quality”