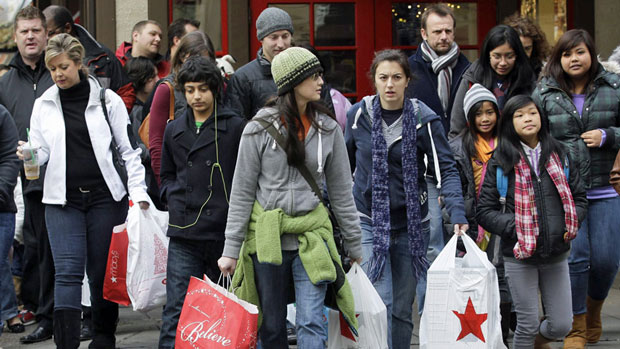 Bank of Canada governor Mark Carney gave many reasons why Canadian retail prices are often higher than American prices, but he thinks some relief may be on the way, thanks to the expansion of new American retailers into Canada.

Carney was testifying Wednesday night before a Senate committee studying the difference between the cost of goods in the two countries.

He explained that pricing is complicated, with many factors playing a role including:

Even if the Canadian dollar rises in value compared to the U.S. dollar, retailers still have to pay many of these costs in Canadian dollars, he said. That means they don’t save as much as consumers may think just by looking at the exchange rate.

Click on $ for more information: $   for an interactive link of different prices for different products.

“The greater the value-added in Canada to a good or a service, the smaller the role played by the exchange rate in its price,” Carney told senators on the national finance committee.

But there is some good news for Canadian shoppers: Carney says American retailers are considering adding “fairly significant” retail space in Canada.

“I know in our conversations with Canadian commercial real estate players, with Canadian retailers, and conversations we’ve had south of the border, it is not lost on the retail sector that the per square foot return in Canada is higher now than it is in the United States,” Carney said.

The Senate committee is studying price differences between Canada and the U.S. following a letter from Finance Minister Jim Flaherty suggesting it look at the issue.

1. Do you find it fair that Canadians pay more for automobiles than US consumers?

2. Do you agree that taxes and higher labor costs make the price difference?

3. If we agree to pay higher taxes and labour costs in Canada , then why do Canadians shop in the US?

You may read the complete article written by: Laura Payton of the CBC News