A penny stock fraud scheme that bilked investors in 35 countries out of more than $140 million is raising questions about how authorities can combat such financial scams in the internet age. 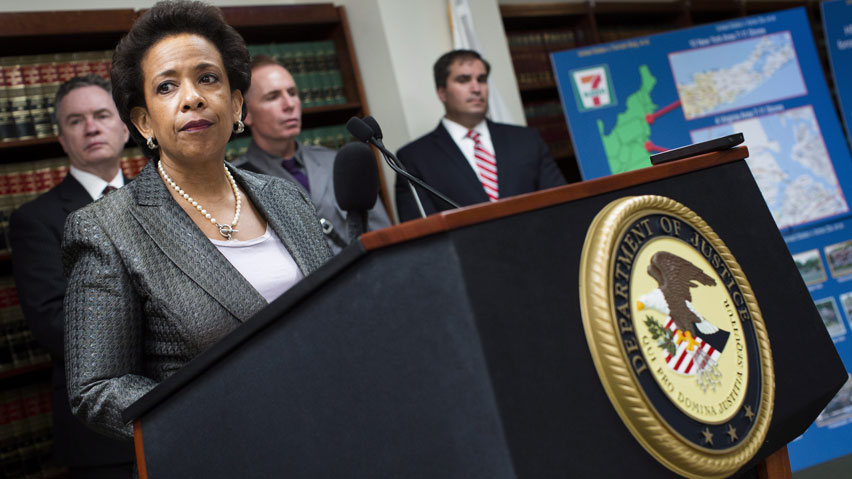 Four Canadians carried out the purported fraud with the help of five Americans,

Two other Canadians are being sought, in what is calling one of the largest international penny stock frauds in history.

Paul Davis, a securities lawyer with McMillan in Toronto, said the scale and sophistication of the alleged scam shows how complicated it’s becoming for authorities to combat financial fraud schemes when victims live in many different countries.

“As the Department of Justice and FBI indictment shows, you need the co-operation of regulatory authorities around the world,” he said. “Money’s moving through different accounts, all the way to Lebanon.”

The U.S. attorney’s office says a number of law enforcement and other government agencies in Canada, the U.S. and Britain were involved in the investigation, as well as the U.S. embassies in Bangkok and Beijing. Proceeds from the alleged scheme were funneled through a bank account in Beirut.

According to the indictment filed in court, the defendants used throwaway cellphones and call centres in Thailand and Canada.

Targeting citizens of the world

An investigation used wiretaps and video surveillance to uncover the so-called pump and dump scheme.

The U.S. Securities and Exchange Commission (SEC) says that such arrangements typically involve artificially inflating the price of a modestly priced stock by issuing “false or misleading statements.”

The fraudsters eventually sell off the share of the stock they own, reaping profits. However, once they stop issuing false statements about the value of the stock its price typically falls and other investors suffer losses.

Public education campaigns have been touted as one way to help combat pump-and-dump schemes. But Davis says the international nature of the banking and financial industries today make that a tall order.

“It’s not just educating investors in Toronto or Ontario or Canada, because you can have people in Canada or in the U.S. who are perpetrating fraud around the world. So the education part is difficult.”

Penny stocks are lightly traded and can easily be manipulated through sales pitches to investors and false rumours posted on message boards. Most trade over-the-counter, rather than on major exchanges.

The indictment alleges that the nine people involved in the scheme promoted the stocks through phone calls, artificially inflating their value by promoting them in emails, social media messages and news releases.

Sometimes they would hit their victims a second time, helping them offload the worthless stocks or join lawsuits to reclaim their losses for an advance fee.

If you were an investor in one of these companies, or know any of the accused, please contact CBC’s Jeremy McDonald at [email protected].

1. Discuss with your fellow classmates if they know of anyone who invests in stocks?

2. How you ever been enticed to invest in penny stocks? Where did you get the information to invest?

3. Whose job is it to protect the public from Financial Statement Fraud and stock scams?