Want your money back? Not so fast. Return policies are getting tighter as retailers try to protect themselves from returns fraud — and honest customers often pay the price.

Not only that, but at many stores, policies are unevenly applied, a CBC Market 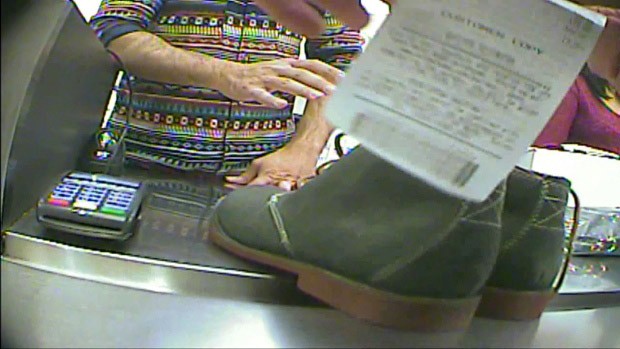 January is the busiest month for returns, according to the Retail Council of Canada (RCC). Fraudulent returns, which cost Canadian retailers more than $1.1 billion a year, have prompted stores to put more restrictions on how, and when, they’ll take merchandise back.

“You want to satisfy the customer,” Stephen O’Keefe, vice-president of operations at RCC, told Marketplace co-host Erica Johnson. “But you also want to protect your interests. And so you try to put policies in to try to reduce the amount of abuse or fraud that might be taking place.”

Stores are allowed to set their own return policies, and aren’t required to take merchandise back. As retailers strengthen the terms of their returns, many customers are feeling frustrated by their policies and feel entitled to a no-questions-asked return.

“It’s a factor in my decision to buy a certain item, whether it’s returnable or not,” one shopper said. “I just want to have that comfort knowing that I can return it. And the two words I hate the most are ‘final sale.’”

Nearly half of respondents (49 per cent) said they were frustrated when stores offered refunds only in store credit, and 47 per cent said they had problems with hidden limitations that prevented a return. Additionally, 21 per cent said they thought it was bad customer service when staff are unable to make an exception to store policy.

For its investigation on retail return policies, Marketplace recently interviewed shoppers at the Toronto Eaton Centre. While some found existing policies fair, others were frustrated with restrictions.

“I find there’s some hidden clauses sometimes,” one shopper said. “If you’ve touched it, or removed a certain tag, or you don’t have the proper receipts, took it out the box, then it can sometimes null a receipt or a return policy altogether.”

Stores that only issue a refund in store credit, not cash, also risk annoying customers. “I should be able to have a choice of either getting a store credit or getting my money back,” one shopper said.

According to RCC, retailers in Canada lose $4 billion a year — more than $10 million every day — from “shrinkage,” which includes losses from all areas, including theft, credit and debit fraud and returns fraud. The shrinkage rate has increased for major stores in the past five years. Returns fraud is estimated by industry groups to make up a quarter of these losses.

Canadians return 8.6 per cent of everything we buy. That adds up to $26 billion in returned merchandise a year. While only four per cent of returns are abusive, fraud remains a serious problem for stores, says O’Keefe.

Returns fraud includes a wide range of scams, including customers who steal products and attempt to return them, sometimes with found or forged receipts. Other forms of returns abuse include customers who buy products with the intention of using them once and then returning them for cash back — such as a big-screen TV bought just before a Super Bowl party or an expensive dress before a swanky party.

According to O’Keefe, these “rented” items often can’t be resold, meaning stores have to take a loss. And those losses are passed on to consumers in higher prices and less frequent sales.

Some stores are moving to technological solutions to combat fraud, O’Keefe says, including radio frequency chips to track whether an individual item has been purchased, and codes on electronics provided at the time of sale that are required for an item to work.

“You put those conditions in, hopefully not to affect the honest customer but to act as some kind of a deterrent effect to — I don’t want to say dishonest customer, in terms of simply fraud — but the customers who take advantage,” says O’Keefe.

While Canadian retailers are allowed to set their own return policies and aren’t required to give customers their money back, many stores do allow some kinds of returns.

In the U.S., many state laws require that companies that do not offer full refunds post their return policies so customers are aware of the restrictions beforehand. Stores that fail to post restrictive policies are required to offer refunds.

In the European Union, consumer protection laws mandate that retailers stand behind the products they sell and refund customers or provide a repair or exchange when products break prematurely.

1. Should consumers be entitled to a no question asked return policy?

2. How would our Revenue Recognition Policy be affected, if customers are permitted to return items on a no question asked return policy?

3. How would you mitigate this fraudulent behaviour?