“Give us standards that meet the needs of the people who use our financial statements.” That’s the message standard setters have heeded in developing new standards for private enterprises. The profession has been waiting for this for a long time and finally, things are changing. The conventional wisdom in accounting standards used to be one size fits all; people believed that a single, wide-ranging umbrella could cover the needs of businesses of all stripes. Not any more!

This change in direction reflects a recognition that the financial statements of public and private companies are meant to accomplish different things. A public company’s primary focus is on providing investors with sufficient information to make decisions about whether to buy, sell or hold securities. 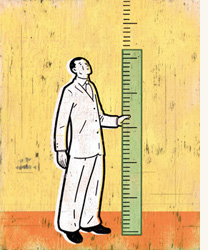 1. What are some of the differences between a Public company and a Private company?

2. Has the accounting profession moved in the right direction in proposing two sets of Accounting Standards? IFRS for Public Accountable Enterprises (PAE’s) and Canadian GAAP for (Non-PAE’s)?

3. Are these companies so different that separate standards are required?

Footnote: On or after January 1, 2011 Private companies have the option to adopt IFRS or Canadian GAAP.