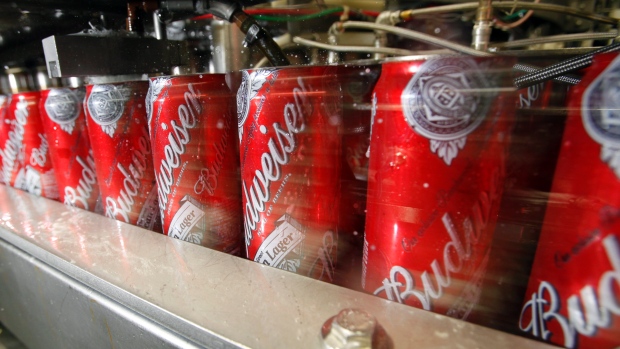 Male only Corporate World?
From male-only corporate jets to guys’ golf outings and hunting trips, Francine Katz says her time in the Anheuser-Busch executive suite was rife with exclusion, intentional slights and outright discrimination.
In a 20-year career that saw her rise from a young corporate lawyer to a job as vice-president, key strategist and the beer maker’s top female executive.
Sex Discrimination
Now she’s accusing Anheuser-Busch of sex discrimination, arguing in a 2009 lawsuit that went to trial this week that top male executives — including former CEOs August Busch III and his son, August Busch IV — purposely paid her less solely because she’s a woman.
Systemic discrimination
“This was a company run by men who were unaccustomed with working with women at high levels,” Katz’s attorney, Mary Anne Sedey, told the jury of seven women and five men in opening arguments of a trial expected to last several weeks.
The trial comes amid growing national attention to gender discrimination in the workplace. In March, the White House Council on Economic Advisers issued a report noting that on average full-time working women earn 77 cents for every dollar earned by their male counterparts. Critics of the report said that figure oversimplifies the situation, but even they concede that women with advanced degrees in fields such as medicine and law face a persistent wage gap as their careers advance.
Bonuses & Stock Options
Counting bonuses and stock options, Katz earned more than $1 million annually after her 2002 promotion to vice-president of communications and consumer affairs and elevation to the company’s influential strategy committee. Her predecessor, former National Urban League President John Jacob, earned four times that amount in his final year, Katz’s lawyer said. Katz said she didn’t realize the pay gap until reviewing tax filings connected to the sale to InBev.
‘Significantly underpaid’
“Make no mistake about it. Francine Katz earned a lot of money at Anheuser-Busch. “But like so many women in this country, Francine Katz was significantly underpaid.”
Katz deserves at least $9.4 million she was entitled to from 2002 to 2008, plus punitive damages. In 2008, her final year with the company, Katz reported more than $14 million in income on her federal tax returns, an amount that includes stock options she cashed in.
Counter Argument
Lawyers for Anheuser-Busch counter that Katz’s salary, benefits and bonuses compared favourably to those in similar positions at Coca-Cola, Proctor & Gamble and other large U.S. corporations. They suggested that her primary duty involved public relations, while Jacob had far more substantive responsibilities, including as August Busch III’s trusted confidant.
“Francine Katz was paid based on her job, not her gender,” said Anheuser-Busch attorney Jim Bennett. “There was a fair process used, a rigorous process used.”
Culture of exclusion
Katz testified that Busch and another company executive forced her to fly on a separate corporate plane when the group travelled to Columbus, Ohio, so Katz could meet with the state’s attorney general while her boss convened with Ohio’s governor. On other occasions, she was excluded from corporate golf tournaments and other social functions, she said.
“I felt invisible,” Katz said.
Discussion Questions
1. After reading this article, do you agree that women are underpaid?
2. What is your experience with salaries, are they arbitrary?
3. When will the culture of equal pay or parity begin to exist in the market place?